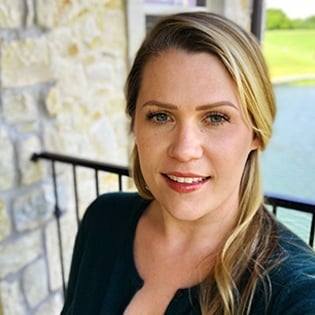 Property managers and landlords often struggle with maintenance. From developing a good process to take maintenance requests to scheduling contractors and working with tenants. Property maintenance can be one of your biggest headaches.

It's a good thing there's an innovative solution! Today's Innovation Spotlight features a maintenance innovation that can simplify your property maintenance process. We're excited to introduce you to Chrysztyna Roewk, the owner of Lighthouse Cove Property Management.

Chrysztyna talks with us today about a company called Latchel. Check out our interview with her and learn how to relieve the stress of maintenance requests!

Geekly Media: Today I'm here with Chrysztyna Roewk out of Silverdale, Washington. She is the owner of Lighthouse Cove Property Management. I had originally wanted to pick your brain about another topic, but I just found out that she is implementing Latchel into her day-to-day operations as her maintenance fix. Latchel is relatively new. I know when I was working with Homee, they were coming onto the scene right about the time I got with Homee around August of last year—and they were making a name for themselves. So, we're going to change the direction, and we're going to pick her [Chrysztyna's] brain about Latchel.

She's using Latchel to fit her maintenance needs. They have a call center. They can dispatch for her. They can bring vendors to the table, and they plug into Appfolio.

Chrysztyna: Yeah, they created a plug-in. Right now they only have one for Appfolio, but they are working on ones for potentially the other [platforms] as well. But for now, they do have a plug-in for Appfolio. We have to sync it, and it will then take all the work orders on Appfolio and then stick them into their platform or vice-versa. So, if they [Latchel] get a call and they created work orders on their end, they will still populate into our Appfolio. It’s not perfect. It's not like a person actually putting something into your software, but its the second best thing to having that being done. We don't have to look at two different platforms to figure out what's going on. Everything is still contained within our own software.

Geekly Media: So let's rewind real quick. You were sitting in your office. You had maintenance issues. How did Latchel come about? What was the need? How have they plugged in, and what are they doing now that has sparked a new fire in your maintenance world? 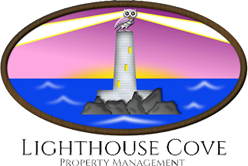 Chrysztyna: So I have used all of the options that are out there. I have been around for a dozen years. I used everything that has come out to varying degrees of success.

I had heard of Latchel probably about a year ago. It was a new product, and I didn't know much about them yet. But, last October, when I went to the Door Grow conference in St. Louis at NARPM leadership, they were one of the vendors there. Because there weren't a lot of vendors there, it gave you the opportunity to have conversations with the half a dozen to ten vendors that were there. So, I sat down with them, and I was joking really, I was like, “Ok, sell me on what you do. Why is it awesome and whatever.” And I really just started having conversations and went out to dinner with the guys who were there and really learned about why they do what they do, how they started, and their whole company culture. It was really something that appealed to me because I am all about the "why." With anything I partner with, I want to know why. Why are you doing this? What is your reason? What is your objective?

Their objective is this "customer-obsession" company culture where they want to ensure that they are ahead of what their customer may want. They are so obsessed with customer satisfaction that they want to continually be proactive in a way that I have not seen in many companies who try to get the things that the people want. They’re really interested in what property managers really want. Like, what are we sitting around the bar complaining about the most in terms of maintenance?

So, I told them these are the things I hear on a continual basis: We want a company that has a call center. We want a company that will troubleshoot with the tenants who call in about various maintenance things. We want maybe the availability of vendors if our vendors don't answer the phone or our vendors are not available. Maybe it's an area where we don't have as many vendors. We want the scheduling to be done so we don't have to be back and forth with vendors and tenants.

Basically, all the pieces that had been pain points for property managers they had solutions for. We started using them just for nights and weekends. Everything was going smoothly. We had one issue, and that issue was resolved in a way that was above and beyond the customer service that I would have expected from anybody. It was taken care of really, really well. Sometimes for me, it's not about a company being perfect, because nobody is perfect. It's about how do you deal with things when they go really bad. You know that everyone has had that situation that goes really bad. I want to know how do you deal with that because I might still use you based on how you dealt with that one situation.

I was trying to change some things in my company and needed some more full-service maintenance people and started talking to them. Now they provide 24-hour maintenance support for us. They are my maintenance department, and I have somebody who oversees everything and has the boots on the ground if we need eyes on something. My husband Adam does that, and if there are conversations that need to be had with owners, Adam takes care of that even though they will talk to your owners for you. They’ll get the bids, and they’ll do all of that. We just prefer for our customers, I like to have that personal touch. Adam is really good at explaining construction stuff and all that.

But, they’ll [Latchel] pick up your full maintenance department. They’ll do your invoicing. They’ll get the invoicing from your vendors. They’ll do all of that. I really like what they’re about. They’re a young company, and they’re hungry, but not desperate. They’re innovative. They’re super wicked smart. They have engineers that are constantly working, doing new things, and figuring out better ways because not all software has open API. I think Propertyware is the only one. So, it is a struggle. You sometimes have to circumvent the software to get what you want to get done. They’re managing to do that. Anytime anyone needs anything in my office, they’re always available to talk to them. We have multiple calls where we're like “explain this to us one more time,” just so we can really understand it.

They are just perfectly willing to do that. I know they are growing like crazy now. They are hiring more people because they have rolled out their full-service product with the scheduling. They really have not been advertising that before because they wanted to get to a point where they weren't getting ahead of themselves. They had the idea, but they wanted to be able to staff for it. That is what we tell everyone, staff for growth. So, they wanted to make sure they were staffed for the growth that would come once they rolled out their full-service product. They have rolled that out now, and I’ve heard good things. I talk to people who know I use it and I have not heard anything bad about them other than "I would like to have an actual person putting in my work orders in my own software." That is something I have talked to them about, and it is something that they'll potentially incorporate.

Geekly Media: I think they need to send you a little referral check. You just described them very well.

So, from your standpoint, they have come in and solved your maintenance issues by bringing in some vendors that you might not have had, but they plugged into your vendor network so that your current vendors that you have relationships with are being called on.

Tenants getting used to it: was it quick, easy, or was there any kind of hangup with them?

Chrysztyna: We have not had any real backlash or any concerns or issues from the tenants. And I will tell you that they [Latchel] sent me the marketing pieces to send to my tenants and to my vendors introducing what we were doing. It's basically saying, "we're going to start using the company called Latchel," and I completely forgot to send that out!

So, both my vendors and my tenants got blindsided by Latchel, but still didn't have an issue, which says to me that this is a company that is carrying themselves in a manner in which they’re not obtrusive. They are coming across as the professionals they are, so the tenants are not even questioning "who are these people that are calling me?" Same with my vendors, there are no questions like, "why isn't Lighthouse Cove calling us, why is this company calling us?" Obviously, they are presenting themselves in a manner that is good and professional because I did not do what I was supposed to do, and it's still working out well.

Geekly Media: Well, there you have it. From the words of Chrysztyna. Latchel is a full-service system that can plug into your current property management system day-to-day, bringing you automation, vendors, and easing the pain of maintenance because we all know that maintenance is not fun.

Geekly Media: Chrysztyna, thank you so much for meeting with me. I know you got a crazy world you live in up there in Washington. Next time we meet, we will have to pick your brain further and see how much Latchel has implemented in your business. I would be interested to see if they have created some more plug-ins like you say, going in and adding into your system to eliminate the double work. That would be huge and definitely change a lot of peoples minds when they look at implementing automation into their world. Thank you, and take it easy.

Chrysztyna Roewk, thank you for introducing us to Latchel! It sounds like an excellent solution to the challenges of property management maintenance.